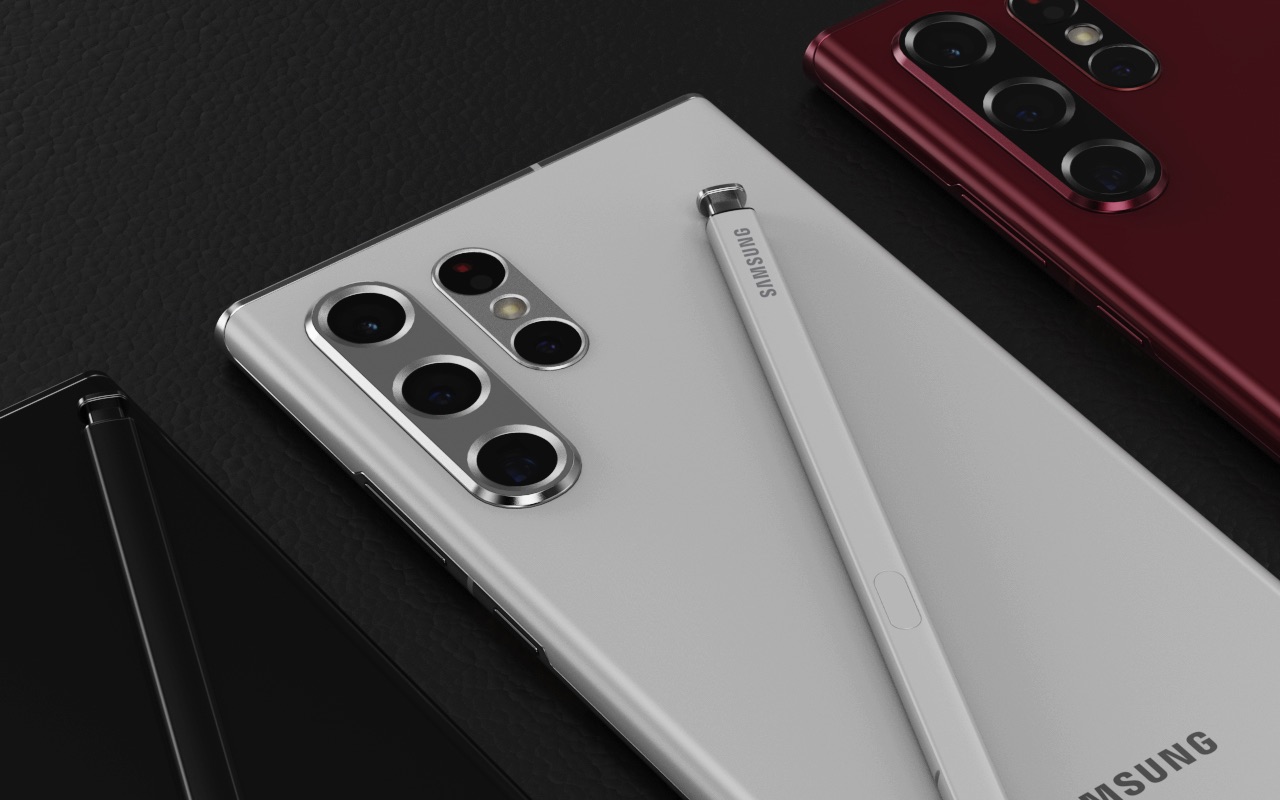 For those looking for more colours to pick from, here’s some good news. The S22 and S22 Plus are thought to come in colours of black, green, and rose gold. The S22 Ultra is rumoured to come with other colours, such as dark red, while still offering the basic colours like black and white.

When it comes to the RAM and storage amounts, we can expect the new S22s to reflect what the S21s had in their range. This means that you can expect up to 16 gigs of ram, along with up to half a terabyte of storage, depending on the model of the phone you pick. As for the chipset, either the Exynos 2200 or the Snapdragon 898 will show up on the phone. Once again, which one does show up will depend on the region.

According to the leaks, the S22’s battery boasts 3,7000mAh, whereas the S22 Plus’ battery goes all the way to 4,500mAh. On the Ultra, the battery is rumoured to reach 5,000 mAh. As you might have noticed, the numbers are slightly smaller than the S21 generation except the Ultra one. On the S22 Ultra, a better charging speed is also leaked. Many have claimed it to be at 45W.

Samsung is well-known for its displays, and one can expect their phones to enjoy that 120HZ, FHD+ or QHD+ resolution depending on the phone type. Of course, screen size will also differ from one model to the other, but one thing’s for sure: the display will be gorgeous.

With the Samsung Galaxy S22 and the S22 Plus still a long way from being released, it’s almost impossible to know for sure what will come our way. The only thing we can do is to wait and see. Of course, all of these leaks, although exciting to think about, must be taken with a grain of salt. Anything can change, and until we hear official news about Samsung’s S22 line of phones, we can only sit and hope that the phone will be absolutely stunning and, more importantly, worth the money!

Mobile Shark sells Mobile phone cases and screen protectors in Birmingham to help individuals protect their prized possessions to ensure durability and peak performance. If you are looking for cases for Samsung phones and other accessories, check out what we have to offer.